Melt atomization is a central process where molten metal is transformed into metal powder for additive manufacturing or 3D-print. The particle shape of the solidified product depends on the sphere forming time as well as cool-down time. By the use of model-based optimization particle shapes very close to a perfect sphere are formed. Hence, also metals difficult to atomize such as copper alloys and high-grade steel are produced with a nearly spherical shape. Highly flowable metal powder without satellites is very in demand among powder bed processes like selective laser sintering (SLS). 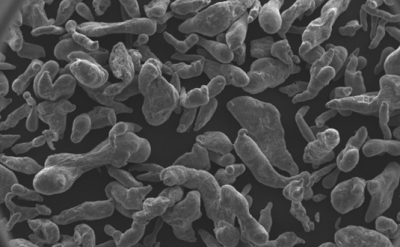 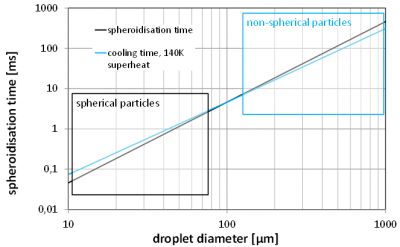 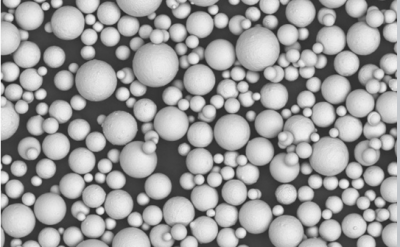 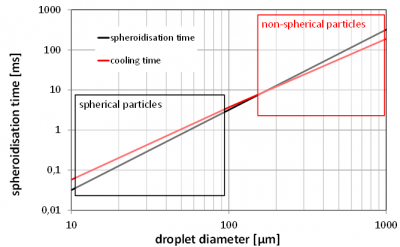 Investigation with the target of emission reduction in the iron ore sinter process.

A scaled down sinter experiment should provide a better understanding of the flame front progress in the material as well as an emission evaluation during the sintering of iron ore. With these information a detailed emission effect observation, due to a fuel substitution in the sinter material, could be achieved. In particular the SO2 and CO emissions can be reduced during a fuel substitution test. Furthermore, the required sinter strength for an industrial use can be maintained even in those investigated tests with reduced coke input. 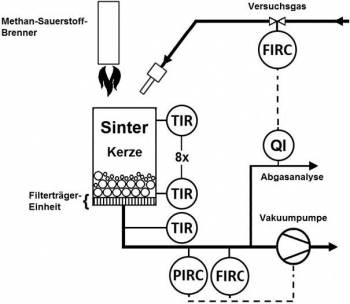 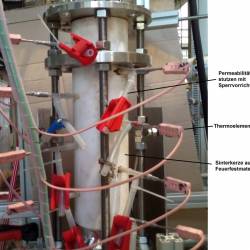 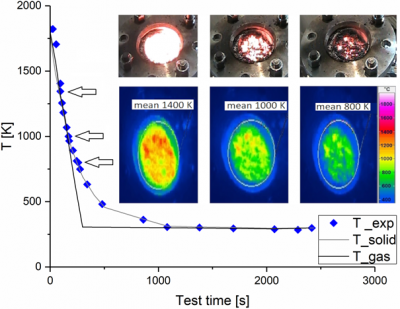 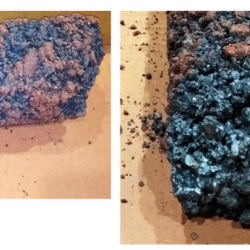 In this project, the suction velocity on the surface of a sinter band was measured, in order to improve the understanding of the suction distribution with respect to the location and temporal variation on the bed surface. To do this, a new measuring device based on an ultrasonic anemometer was developed. The mobile sensor vehicle was named after its developer and given the name "Mark-Rover".

Contactless measurement of the suction speed on the bulk surface of an industrial sinter band: 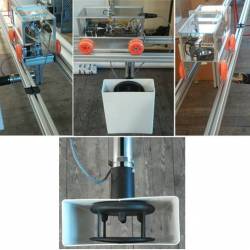 Fast physical processes and movements that cannot be detected by the human eye are captured by cameras with high frame rates. With frame rates of several thousand images per second, such phenomena can be investigated qualitatively and also quantitatively. The Chair of Process Technology of Industrial Environmental Protection has two high-speed cameras including illumination sources and evaluation software.A small selection of projects in which the high-speed camera system has been successfully used is presented below.

In order to achieve an optimum layer structure of a refractory gunning material, e.g. when lining a ladle in a steel mill, the moistening of the grains in the gunning material with water is decisive. In cooperation with RHI Magnesita, a newly developed dual nozzle was measured in test operation by means of high-speed shadowgraphy (up to 40,000 fps) in order to evaluate the quality of water atomisation and gunning material moistening. 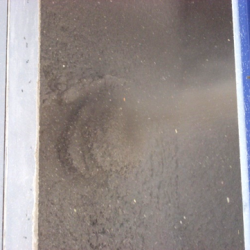 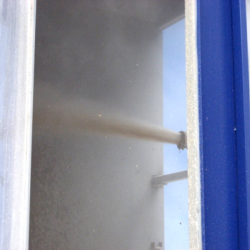 In a project (number P27594-N29) funded by the Austrian Science Fund (FWF), the Chair of Mining Engineering investigated the cause of the formation of ultra-fine grains during rock blasting by means of experimental tests and numerical simulation. The experimental tests included the blasting of hollow granite or mortar cylinders using detonating cord. The radial cracking caused by the explosion was filmed on the front end face of the cylinder by means of high-speed imaging at 20,000 - 37,000 frames per second (fps) with the aim of tracking crack propagation. 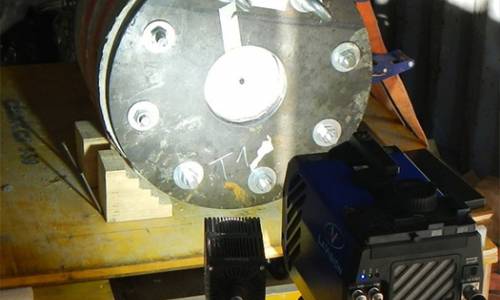 High-speed images of the radial cracking of the rock sample over the time course of the blasting:

Another research focuse is the analysis of fluid and particle flow. The combination of high-speed cameras and laseroptical equipment enables experimental investigation by using High-Speed Imaging, Particle Image Velocimetry (PIV), Shadowgraphy, Laser Induced Fluorescence (LIF) and Schlieren Imaging. By the use of these methods a huge variety of applications is investigated. A small extract of applications includes the investigation of nozzle jets, measuring velocity and vortices of homogeneous shear layer and the imaging of water droplet breakup. 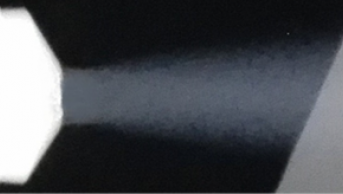 High-speed image of the free-jet of gaseous nozzle flow : 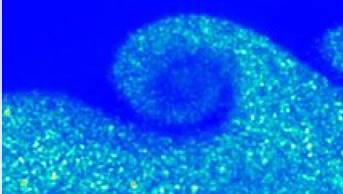 Close-up of a shear layer vortex: 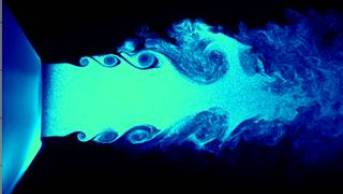 Velocity field of a vortex via PIV: 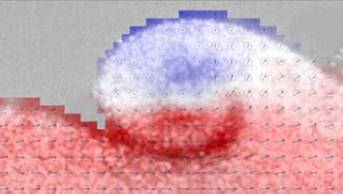 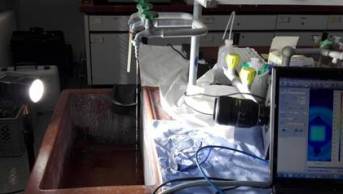